Rouge shares her reaction to the negative comments Lady Zamar received while narrating her alleged rape experience with ex-boyfriend, Sjava.

Since Mzansi singer, Lady Zamar spoke out about an alleged rape done to her by her ex boyfriend, Sjava, she has gotten a lot of backlash for it. Many have reacted to it saying it is the reason why rape victims choose to not speak out.

The drama got even more intense when Sjava shared a video to state his innocence pushing Zamar to share several deleted tweets about rape in Mzansi. The talented singer went a step further to narrate the alleged experience in a Live video on Instagram.

This earned her as much support as criticism. The comments on her Live video were heartbreaking. Reacting to it, Rouge revealed it made her cringe. She also stated that this is the reason why people take their lives. Hopefully, the truth comes out. 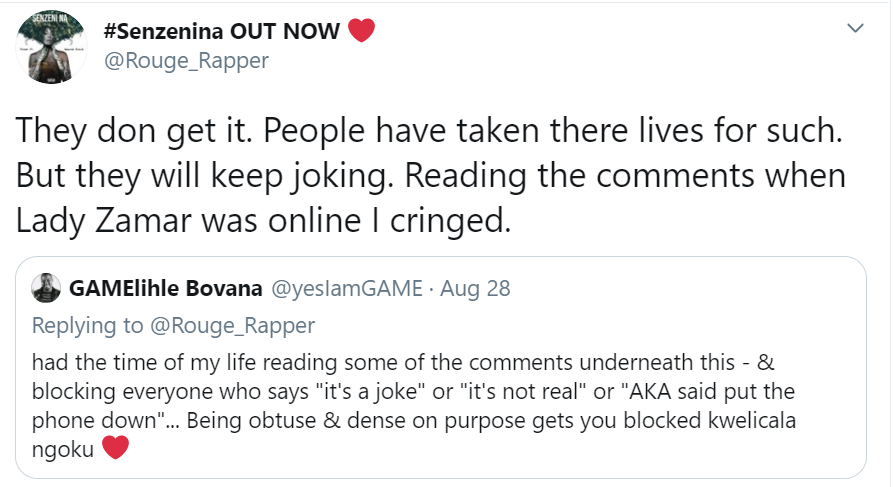