SAMA winner and now platinum-selling recording artist Simmy, is adding more trophies to her collection after a surprise on the Kaya 959 Top 30 Show this weekend. During an in-studio interview with chart show presenter DJ Keyez, Simmy was caught off guard with an in-studio plaque handover by record label Sony Music, celebrating her platinum success on her “Umahlalela” single and additional gold plaques for her “Ubala”, “Ngiyesaba” and “Nawe” singles.The heartwarming moment was captured on video at the Kaya 959 studio in Johannesburg.

DJ Keyez is the popular host of the new Kaya 959 Top30, Saturdays from 12 – 3pm
Simmy is best known for her hits on her Tugela Fairy album such as Ngihamba Nawe and Emakhaya. 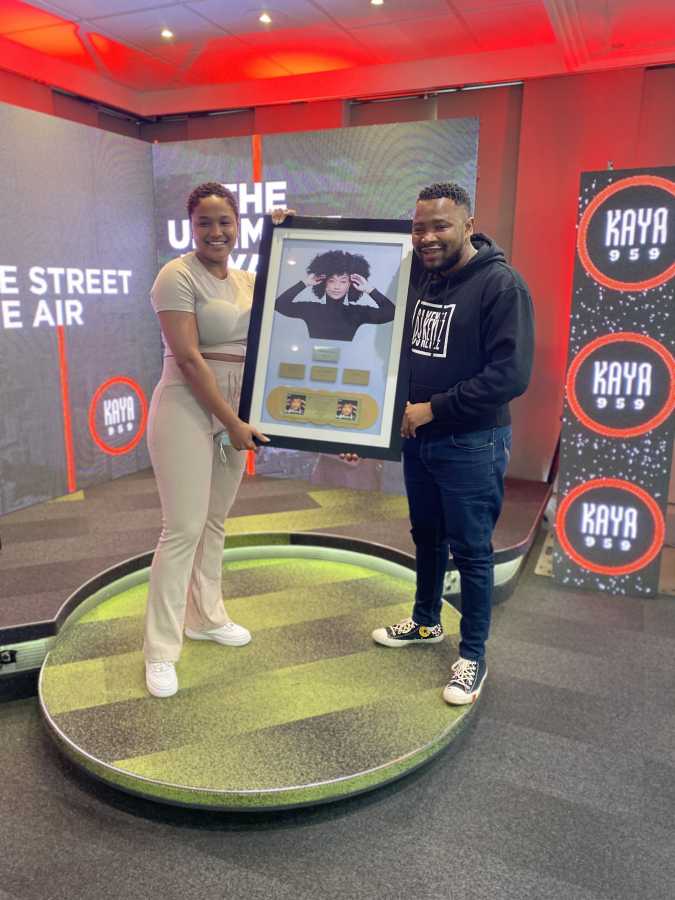 Tags
Simmy
Thato Siyabonga Send an email 21 August 2021
Back to top button
Close
We use cookies on our website to give you the most relevant experience by remembering your preferences and repeat visits. By clicking “Accept All”, you consent to the use of ALL the cookies. However, you may visit "Cookie Settings" to provide a controlled consent.
Cookie SettingsAccept All
Manage Privacy