Taking to his Twitter page to apologize, the talented rapper apologized for cancelling his appearance on the show. He also revealed that the main reason for his decision was because of the death of George Floyd.

The forty-six-year-old black Minneapolis, George Floyd, died after he was pinned down by the neck as a police officer held him down with his knee for several minutes. George was arrested for suspicion of forgery.

I apologize to everyone expecting to see me on Good Morning America today, but after the events in Minnesota with George Floyd I’m in no mood to tell America, good morning.

In response to Ice Cube’s tweet, a social media user suggested that the rapper could have made use of such a platform to bring awareness and make statements that people need to hear.

However, the rapper was not ready for any of that. He tweeted:

I’m done talking. These people know right from wrong and they obviously don’t care. So what we talking about? 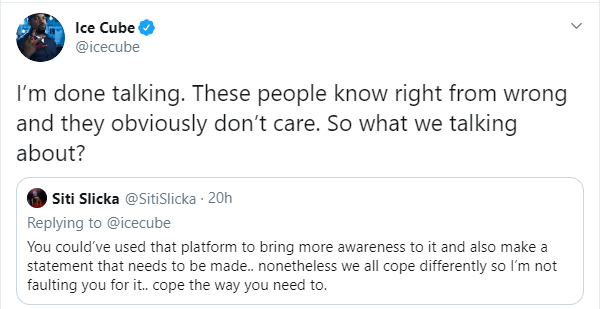 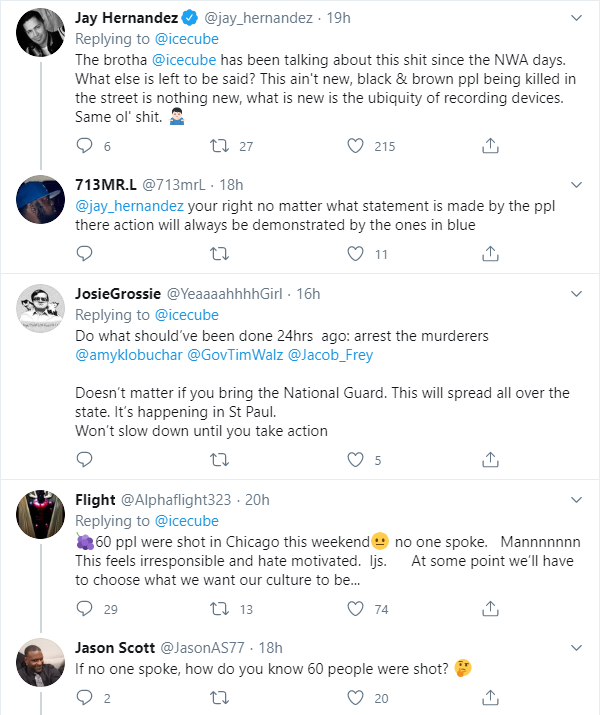 The ‘You Can Do It’ rapper is not the only celebrity that has spoken about the death of George Floyd. Others include Zoe Kravitz, Beyonce, Cardi B, Channing Tatum, Kim Kardashian West, Viola Davis, Mandy Moore, Taylor Swift, and many more.

Tags
Ice Cube
Annika Melisizwe Send an email 29 May 2020
Back to top button
Close
We use cookies on our website to give you the most relevant experience by remembering your preferences and repeat visits. By clicking “Accept All”, you consent to the use of ALL the cookies. However, you may visit "Cookie Settings" to provide a controlled consent.
Cookie SettingsAccept All
Manage Privacy