October 15 is a little over a week away but it holds a lot of promise for South African musician Tresor Riziki and his fans. The songster will be launching a new album dubbed “Motion” on that day.

On a recent post to Instagram, Tresor had shared the cover art as well as the tracklist of the imminent project.

The compilation will bear 14 tracks in all and will feature some notable names in South African music, including DJ Maphorisa, Kabza De Small, Ami Faku , Msaki , Da Capo and Sun-El Musician. Tresor himself is the executive producer of the project. The champ says he’s excited about what’s to come. 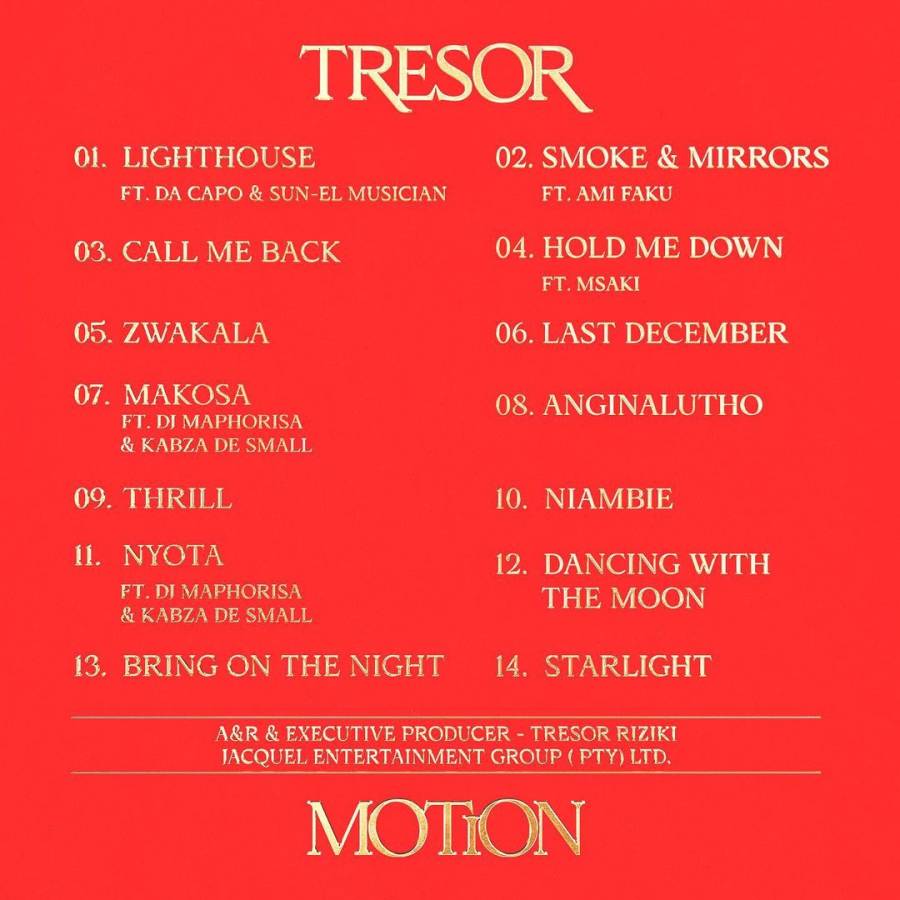 Clearly, from the responses to his post, fans are just as excited and can’t wait to lay their hands on the project.

By the way, the project is already available for pre-order on steaming platforms, including Apple Music. For our part, we’ll be out here to share the project with y’all on release. If you don’t want to miss it – or just want to be among the first to listen to it – you may want to do the needful right away: follow our social media channels and stay tuned for updates.

It remains to be seen what impact the album will have on release.