Eastern Cape production duo Bobstar no Mzeekay have released their own commemorative track for slain 17-year old student Amahle Quku. The new song, dubbed RIP Amahle Quku comes just as the innocent COSAS activist is about to be laid to rest. A few hours ago, friends and family conducted a memorial service for the teenage girl.

Amahle lost her life in the hands of a ruthless man by the name Leonard Mzingeli. Both the victim and the offender happened to live in the same community in Siyahlala, Philippi. The suspected murderer was arraigned in court earlier and confessed to committing the crime.

Several renowned South African artists have since composed songs to remember the innocent COSAS activist. A good example is producer PUBLIQ R.F who released an emotive Gqom track bearing the slain girl’s name. The two singers, (Bobstar and Mzeekay) happen to reside in the same city as Ms. Quku (Cape Town). Hence, they felt the need to write a song in memory of the girl. 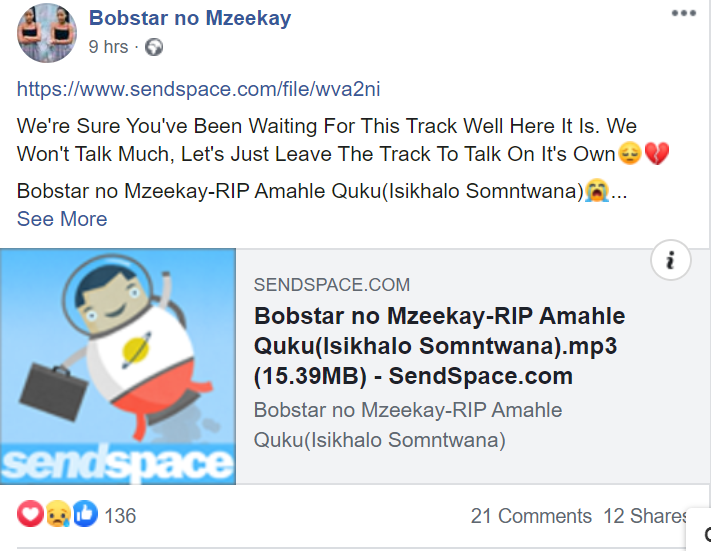 The song is tagged Isikhalo Somntwana which can be loosely translated to mean “The cries of a Child”. This track just like PUBLIQ R.F’s version is probably an inhouse production to mean that the two producers developed the beat on their own. Other songs by the duo include Money Heist Anthem and Beat for Zintle Kwaaiman.