Akindele-Bello Olufunke Ayotunde, popularly known as Funke Akindele (Jenifa) is a Nigerian actress and filmmaker. She is best known for playing the lead character, Jenifa in the hit TV series, Jenifa’s Diary. It has earned her fame across Africa and the world. Her performance in the series also earned her an Africa Magic Viewers Choice Award for Best Actress In A Comedy in 2016. From 1998-2002, Funke Akindele starred in the popular sitcom, I Need To Know. She won the prestigious Africa Movie Academy Award for Best Actress In A Leading role in 2009. 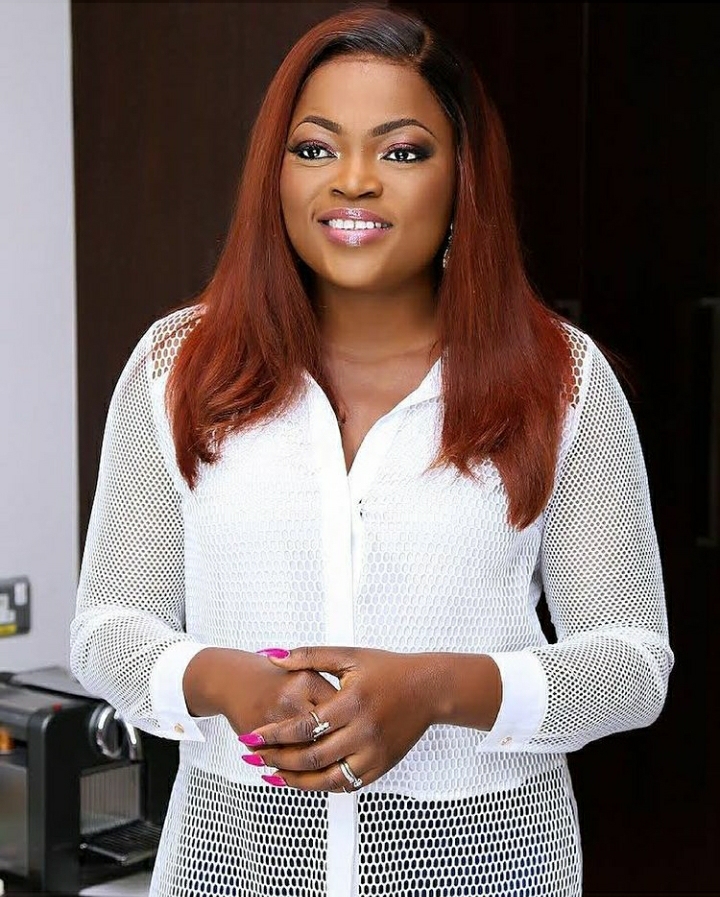 She gained recognition starring in the popular sitcom “I Need To Know” which was sponsored by the United Nations Population Fund (UNPF). She played the character, Bisi, a curious but highly intelligent secondary school student. Her big break came in 2008, when she played the titular character in the film, Jenifa.

Akindele announced in 2016 that she was acting less in Yoruba films. She currently plays the lead character in the hit series, Jenifa’s Diary, a spinoff from the 2008 film. She made her directorial debut in the film “Your Execellency” which grossed N186.3m. Funke is the CEO of Scene One Film Production.

Akindele has won various awards, and her film “Omo Ghetto: The Saga” currently holds the record of the highest grossing Nigerian film.

Funke Akindele has starred in a long list of movies from Cinema to DVD and TV films. Some of them include;

Funke Akindele married Adeola Kehinde Oloyede in May 2012. The couple divorced a year later, in July 2013, citing irreconcilable differences. In May 2016, Akindele married Nigerian rapper, actor and filmmaker, Abdulrasheed Bello. The couple wedded in London. Akindele has step-children from her marriage to JJC Skillz.

Funke Akindele’s only sister, Olubunmi Esther is known to look exactly like her. This has resulted in her being called her twin sister. Akindele never fails to celebrate her on social media, calling her prayer partner, her best friend, and so on. 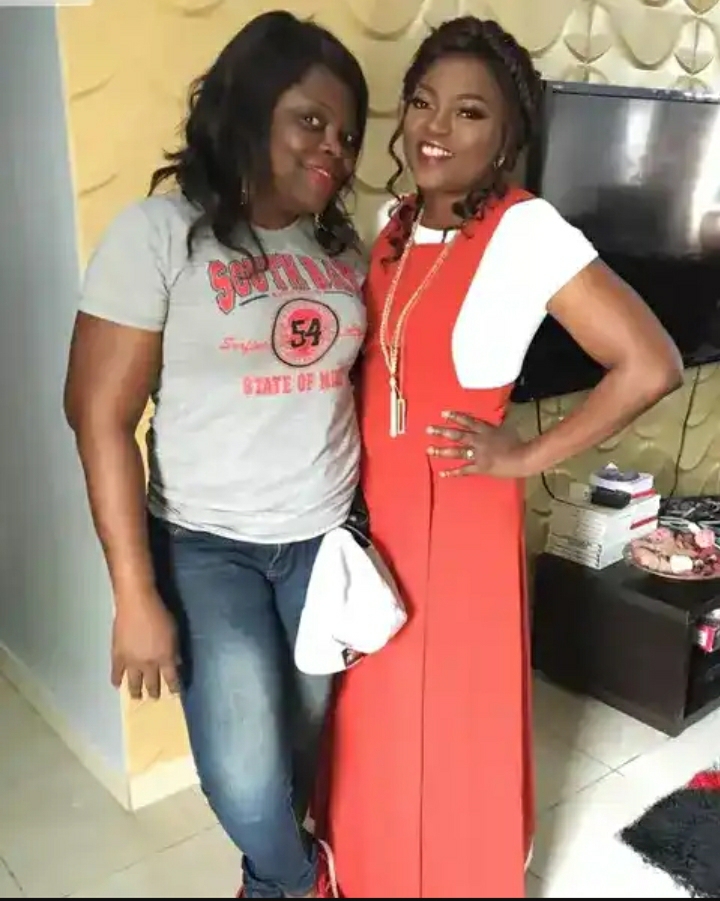 As is customary for Nigerian celebrities, the exact estimate of Funke Akindele’s net worth is not known to the general public. She has never revealed it. However, Akindele is regarded as one of Nigeria and Africa’s most successful actors. Her film, Omo Ghetto: The Saga hosts the record for the highest grossing film in Nigeria (N636.1 million). She also has a list of films which have grossed hundreds of millions of Naira and topped the box office charts. Akindele boasts massive endorsements with top brands and real estate. Her series, Jenifa’s Diary is one of the most successful series in Nigeria. This means that she has good money in the bank. 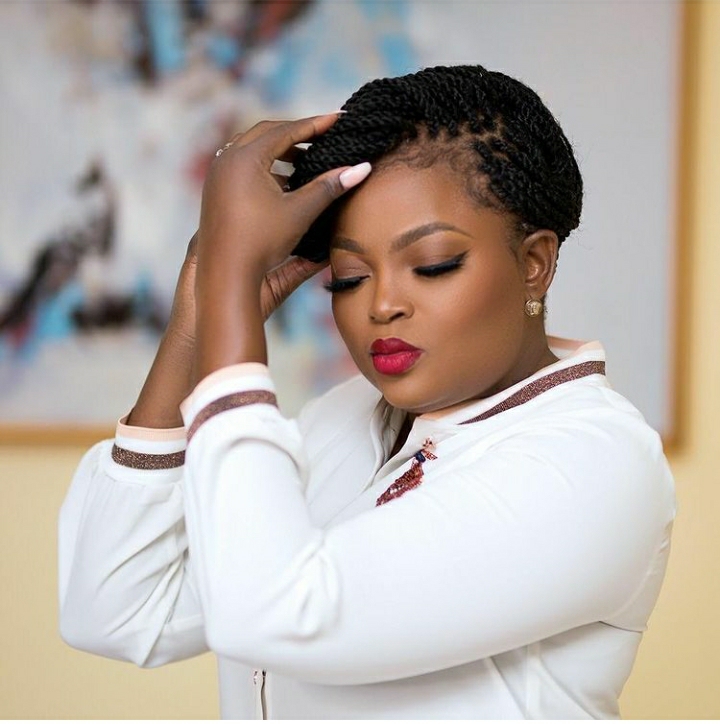 A year after her wedding to JJC Skillz, news broke that Funke Akindele was expecting her first child. Her pregnancy rumours were among the top searched questions on the Google search engine in August, 2017. In December 2018, Akindele gave birth to twin boys. 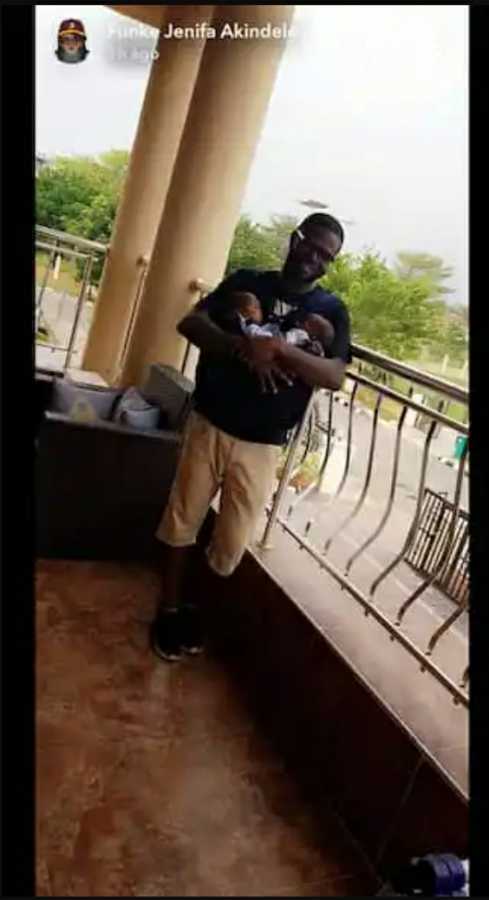 Funke Akindele q her two siblings were raised by their parents in Ikorodu, Lagos State, Nigeria where she was born. Her father is a retired school principal, while her mother is a medical doctor.

Funke Akindele-Bello is active across various social media platforms including Facebook, Twitter and Instagram. She is one of the most followed celebrity in Nigeria, and also in Africa. Akindele is known to post photos of herself, her husband, and to also promote her work on social media. Fans can follow her @funkeakindele to connect with her on these platforms.

Funke Akindele’s religion has been a big topic in the media for years. It is believed that she converted to muslim when she married her first husband, Adeola Kehinde Oloyede in 2012. Some also say she is from a muslim background after a photos with her mother surfaced on the internet. She has yet to confirm which religion she belongs to. 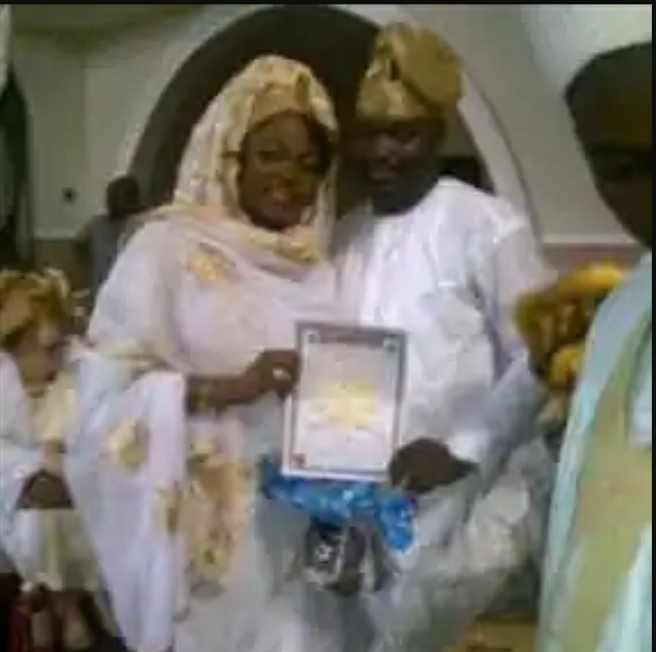 Tags
Funke Akindele-Bello
John Jabulani Send an email 11 June 2021
Back to top button
Close
We use cookies on our website to give you the most relevant experience by remembering your preferences and repeat visits. By clicking “Accept All”, you consent to the use of ALL the cookies. However, you may visit "Cookie Settings" to provide a controlled consent.
Cookie SettingsAccept All
Manage Privacy