Skhumba Hlophe is a popular South African comedian, radio host and actor. He is well known as a host on Kaya FM, and also for starring as Dlamini in the feature film, Taxi Ride and its spin-off series of the same name. Skhumba is considered one of the funniest people in South Africa.

While Skhumba Hlophe is yet to confirm his date of birth to the public, his birthday is on the 31st day of August. He is known to always host the popular annual event, Skhumba’s Birthday Comedy Extravaganza every last Friday of August to commemorate his birthday. This makes his birthday celebration a big deal each year.

Many fans have come to know Skhumba as the co-host of the Friday show, Good Friday, which airs on Kaya FM. He hosts the show alongside Ndumiso Ngcobo. It features them bringing out the funnier and lighter side of South African politics, and life. Listening to the show helps you have a good laugh. It airs for 3 hours, from 6am to 9am. 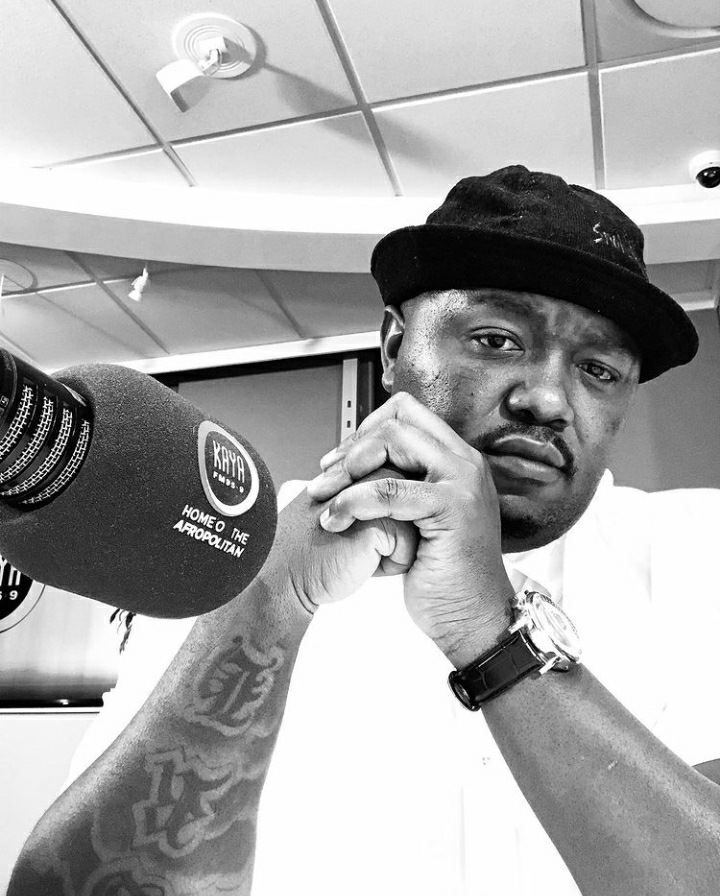 He was almost fired from the show following his body shaming comments on the #FeesMustFall protesters. His comments caused an uproar leading to a petition to have him sacked, which garnered over 3,000 signatures. Reacting to this, he stated that comedy is a risk, and will always cross the line at some point.

Friends with Bob Mabena before his passing, Skhumba hosted a breakfast show with him also on Kaya FM. The show was titled 108 With Bob. Episodes of the show are available on YouTube, including episodes from the Good Friday show.

Skhumba first began performing with the advice of a friend at Caprivi in Tembisa. After the show flopped, he went on to perform at Bambatha Avenue Jazz Café in Centurion earning R200. He did that for 2 years. He gained recognition following a performance at the Monwabisi Grootboom’s 99% Xhosa Comedy show in Port Elizabeth in 2010. He went on to sell out shows. He was one of Nubreed Comedy’s Young Gunz appearing at Soweto Comedy Festival in 2012.

Skhumba is a big name and voice on the radio. He isn’t only a host on Kaya FM, he’s also one of the hosts on Tembisa FM. His unfiltered humour has gained him many listeners over the years.

Skhumba Hlophe has not shown off his personal cars on social media. However, in 2017, he got to live out his car dreams hosting the Mzansi Magic car show, Show Down alongside Boity.